No Two Brands Are Alike 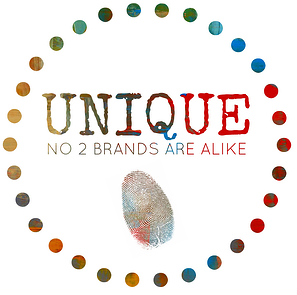 There’s a common misconception that just because one company used a particular strategy, it must mean it will work for my company.  While everyone can certainly learn from the best practices of others, trying to emulate a company is not the best strategy.

No two brands have the same fingerprint, and even though some may appear similar from the outside, the genetic makeup of each company is more different than you’d ever imagine. Brands differentiate themselves (whether knowingly or not) through more than just the size of their revenue stream and product category. Similar vendors, even in the same industry, can vary greatly in terms of company structure, influence, branding goals and social image.

Your company may sell athletic shoes and clothing, but does that mean your marketing efforts should have the same emphasis as Nike’s? Absolutely not. If you didn’t have a $6.5 billion Q4 in 2012, you shouldn’t be modeling any branding strategies after a company of that magnitude. It’s important to always keep the leaders in your sights, but never judge your brand’s worth by comparing yourself to an industry giant, like Nike. Your brand is different, and that’s a good thing.

Large, multinational conglomerates like Nike play the digital marketing game by a different set of rules than the rest of the world. Each month, Nike keeps a $50,000 PPC budget and consistently generates over 30,000 inbound links. Although, even without any SEO, PPC or social media, Nike would still outrank any competitor solely because of their mass consumer base.

For example, let’s look at Apple. Apple’s revenue exceeded $142 billion in 2012, yet they’re still not visible on any social media platform. This should not be taken as a reason to exclude or include social media from your plan, but instead a look at how a strong positive momentum can elevate a brand moving into a digitally connected world. Apple isn’t succeeding because they don’t have a Twitter page; they’re succeeding because of a technology groundswell and an innovative business model that’s served them for nearly 37 years.  If you don’t have the luxury of 10 million customers wrapped around your finger, waiting to throw their money at you, you probably should still consider making a company Facebook profile.

But bigger isn’t necessarily better. Having millions of customers can bring its own set of troubles your way. Large companies are notorious for struggling to adapt to a changing business world. Just look at Kodak, Hostess, BlockBuster or the growing list of failing Fortune 500 companies as an example. No matter what your brand is, you’ve got a unique selling proposition that’s vastly different from any competitor, large or small.

At Spindustry Digital we help brands find their unique selling proposition and capitalize on it to build a stronger image. If your agency is valuing your brand as a *insert brand x* lookalike and not a unique company, it’s time to look elsewhere.