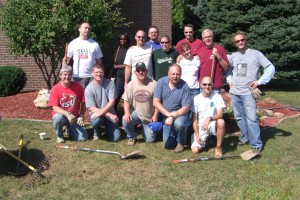 Spindustry has a long history of commitment to community service. Each year we participate in the United Way campaign and participate in volunteer events. In late August this year, a team of twelve spent Friday afternoon of a holiday weekend packaging meals for the hungry at the annual Meals from the Heartland event. Spindustry helped package more than 5.1 million meals this year! 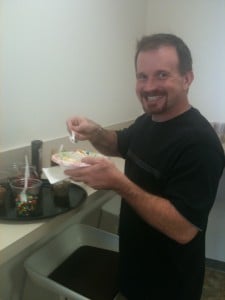 In honor of the Iowa vs. Iowa State football game in September, we created a football squares pool where employees purchased squares prior to the game. At the end of the game we raised nearly $100 for United Way and the winners also got $25 each!

Throughout the NFL season we have an NFL Pick ‘Em Pool where employees show off their NFL smarts by picking the winners in all NFL games that week. Half of all winning proceeds are added to the Spindustry United Way fund.

Adding to the football fun we were able to raffle off two tickets to the Iowa State vs. Texas Tech in September.

Spindustry kicked off the annual United Way campaign with an ice cream sundae bar. For $2 a bowl, employees enjoyed all of their favorite ice cream toppings.

Employees who pledge donations during this year’s campaign are entered into a raffle drawing. Spindustry has donated gift cards, movie tickets, executive parking, and even PTO to help get everyone involved.